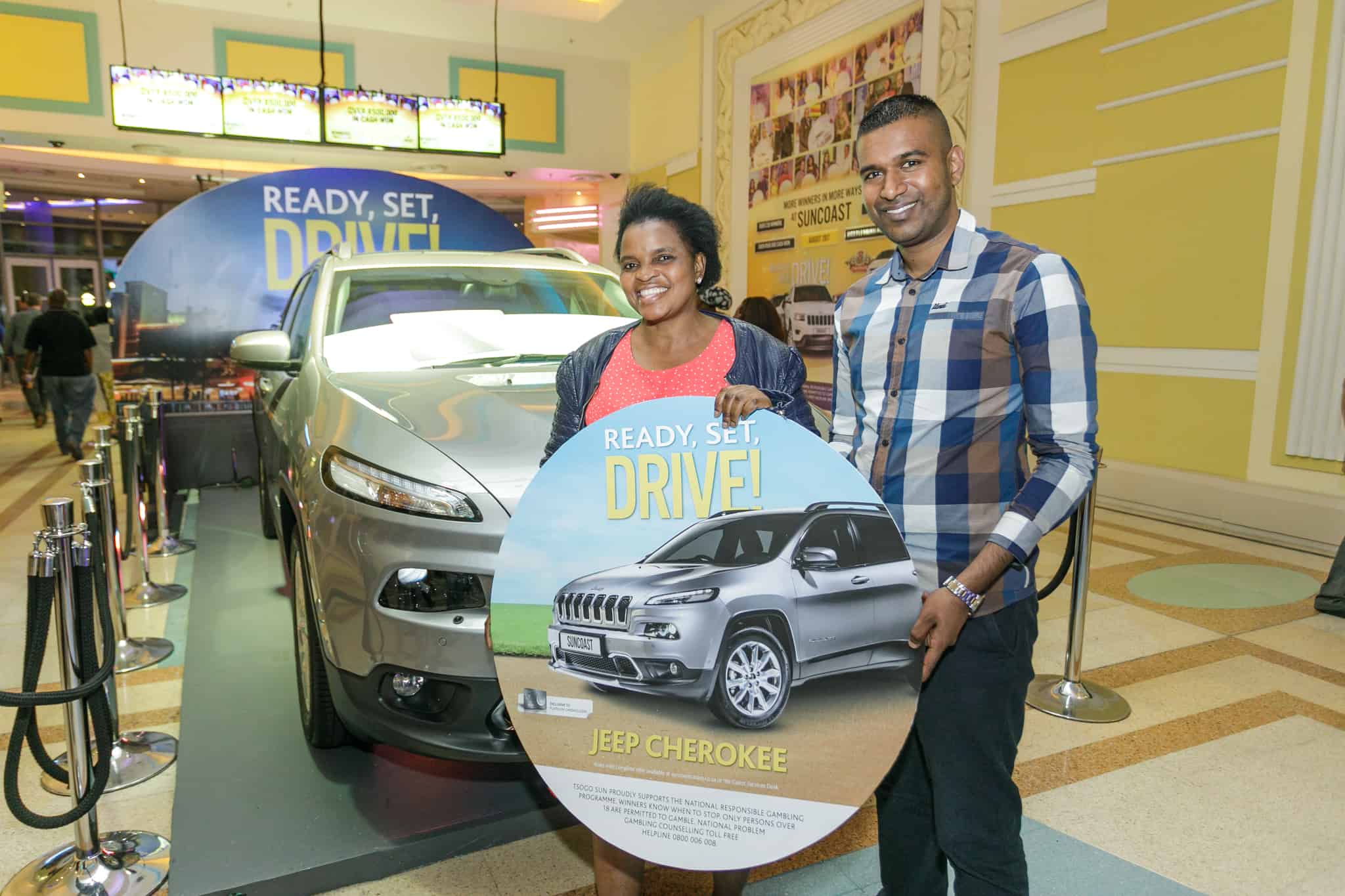 Inanda resident, Lance-Corporal Bonakele Masoabi, a fifty-something mother of two, had reason to be jumping for joy when she was announced as the winner of a Jeep Cherokee 3.2 FWD Limited, valued at over R 595,000.

Masoabi admitted to going “a little crazy” when she heard her name called out at the Ready, Set, Drive CAR draw on Saturday, 30 September 2017. “It felt like a dream until I held the car keys in my hand at the hand-over of my prize,” she says. Winning the Jeep Cherokee was the first time in her life that the lance-corporal had ever won anything.

Winning the Jeep Cherokee has now become an incentive for the mother of two to get her driver’s licence. “I have a learner’s licence, so my daughter will be driving us around until I am legally allowed to get behind the wheel. This is so exciting” commented Masoabi.

In order to earn her winning ticket, Masoabi played Slots at SUNCOAST using her Suncoast Rewards card, admitting that her favourite machines were the IGT White Orchid machines located on the main casino floor at SUNCOAST”.

The Ready, Set, Drive promotion which culminated in the CAR draws at the beginning of October was exclusive to all SUNCOAST Rewards members who played Slots or Tables. More than R10 Million was given away in prizes.

“Ready, Set, Drive had a popular run,” says Louise Howell, SUNCOAST Marketing Manager. “SUNCOAST wishes all three SUV winners safe, happy travelling in their new Jeeps and thanks everyone who took part. The Summer Drive promotion, which is exclusive to Black and Platinum SUNCOAST cardholders, is already well underway. Two VW Golf 7s are up for grabs to anyone who is in the game, so come on down and get in the game.”

Influenced by the Art Deco style of Miami South Beach, Suncoast Casino, Hotels & Entertainment is Durban’s leading gamer-tainment destination. It boasts unparalleled atmosphere from its location on Durban’s stretch of palm-lined beaches known as the Golden Mile and is within walking distance of the iconic Moses Mabhida Stadium.

Suncoast Casino, Hotels and Entertainment continues to be an integral part of the Durban entertainment scene.