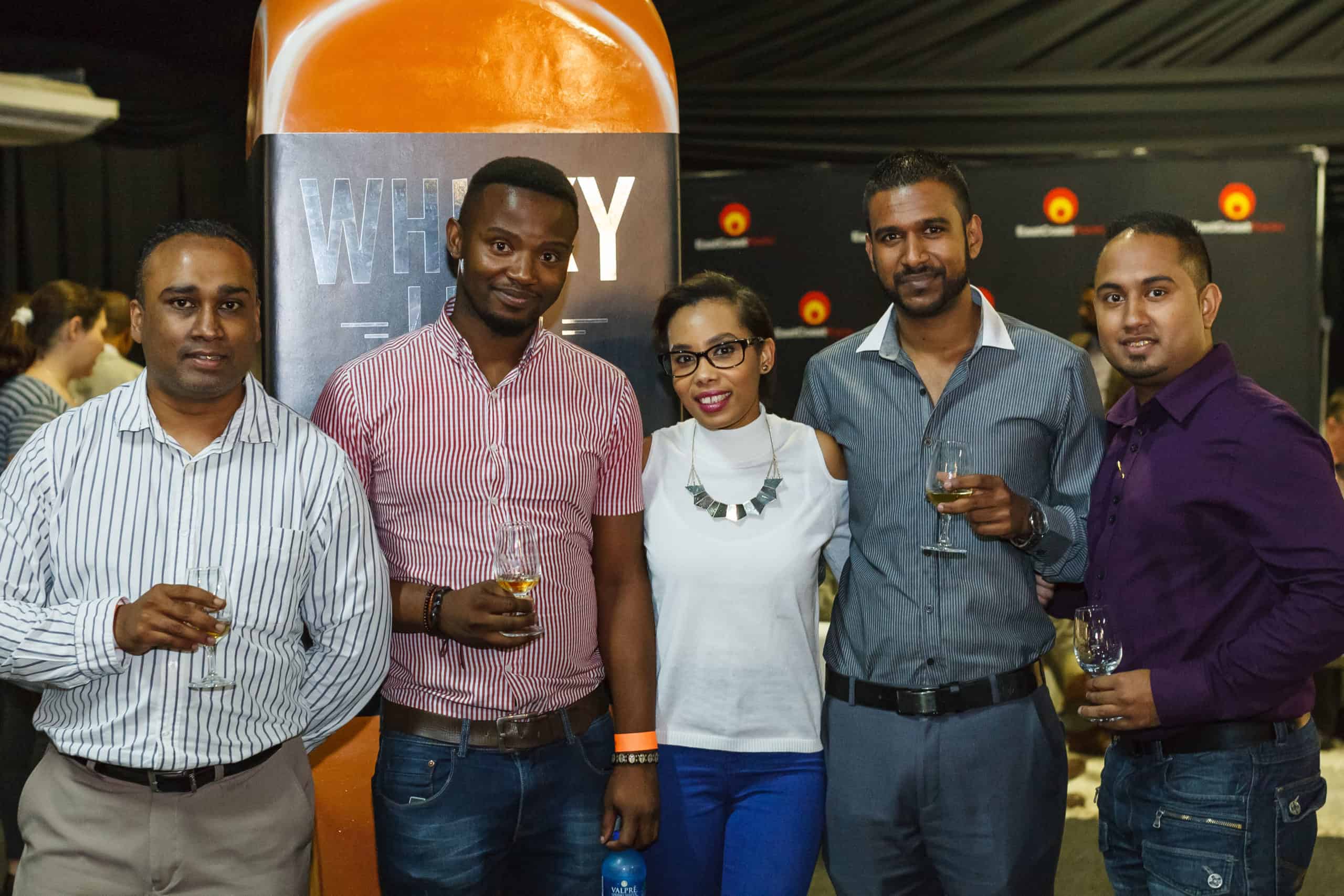 Whisky Live presents the Durban Whisky Live Celebration in partnership with East Coast Radio and the Independent on Saturday at Suncoast from 12 – 14 May 2016.  The eventis open from 18h30 until 22h00 daily and visitors can expect a range of whiskies – from single malt Scotch to Blends, Bourbon to Irish – presented by knowledgeable and passionate whisky experts.

Highland and Speyside Single Malts take centre stage, including a return to the Whisky Live circuit by Dalmore: try the Cigar Malt Reserve and look for notes of cinnamon, vanilla, red fruits and toffee. Taste golden drams of Glenmorangie and savour the distinctive quality of The Macallan, Harvey Spectre of Suits’ whisky of choice. Expert connoisseur, Jonathan Miles will present the extraordinary craftsmanship of the Balvenie range (the brand that boasts the world’s most expensive Single Malt Whisky) while the Glenfiddich Original is also on offer: a unique, limited edition that embodies the brand’s rich heritage, presented byLuthandoJezzTibini, Glenfiddich’s charismatic National Brand Ambassador.Sample Chivas Regal, The Glenlivet, Glen Grant and The Singleton of Dufftown, as well as the premium range from the House of Walker – if you’ve never had the luxury of tasting Johnnie Walker Gold Label Reserve, Platinum or Blue, now is your chance!

The Whisky Academy will also be presenting a range of lesser-known Whisky gems, including Kilchoman and Glenfarclas: the Glenfarclas 60-year old –one of only 360 bottles which retail for over R360 000 each – will be on display at Norman Goodfellows at the show, together with a range of Whiskies for sale.Wolfburn Single MaIt Scotch Whisky arrives in South Africa just in time to debut at Cape Town’s Whisky Live. It was bottled at the beginning of March 2016 at the Wolfburn Distillery, which until now has been closed for over 130 years.

Lovers of peaty Whisky are in for a treat with Bowmore Small Batch and Laphroaig Select, two brand new peated malts of distinction, available for sampling. Taste Whyte and Mackay’s Jura Prophecy (look for cinnamon and sea spray undertones after its peaty kick) and compare it with the unchill-filtered and extraordinarily smooth premium Islay Single Malt, Bunnahahbain.

Proving the diversity of the “water of life”, the sexily-packaged and boldly spicy Bulleit Bourbon is guaranteed to make an impact. Another newcomer to Whisky Live, Wild Turkey, is also available for sampling.
If bold Bourbon or powerful peat don’t appeal, then ease into the evening with the famously triple-distilled Jameson or multi-award winning Bushmills, the oldest licenced distillery in the world, to experience the proud tradition of smoothness and richness synonymous with their whiskey portfolio. Don’t end your Irish sojourn without trying Pernod-Ricard’s delectable range of the Irish Potstills of Midleton including Yellow Spot, Green Spot, Midleton and Powers John’s Lane.

The 100% South African, multi-award winning Whiskies,Three Ships and Bain’s Cape Mountain Whisky, will be presented by the knowledgeable Distell team.Three Ships will be offering a sneak-preview taste of the Three Ships 10-year old to be launched later this year.

Blends are on the rise globally and at Whisky Live. Taste the Glenbrynth range from the 3-year old to the 21-year old, while Black Bottle will surprise and delight with a21st century taste poured from a charming bottle replicating the original design first produced by Aberdeen tea blenders in 1879.Grant’s brand ambassador, TshepoPitjeng will be presenting the Grant’s 18-year old, which was a hit at the 2015 Whisky Live Festival in Sandton when it launched.Big news on the blends front is the new range of Scottish Cousin blends, a 5-, 8- and 12-year old – born from a love for Whisky by the “Fifth Cousin” (of van Loveren’s Four Cousins fame) who is of fourth generation Scottish ancestry!

Tickets for this not-to-be-missed Whisky Live Celebration are R190 each at www.ticketpros.co.zaor R200 at the door– while tickets last – and include 15 whisky tasting vouchers, a glass and a 500ml Valpré Spring Water.  Download the Whizzky app, answer a few questions and get five additional tasting vouchers on the night.  Return your voucher card on exit and receive a 2016 SA Whisky Handbook worth R75.
For more information visit www.whiskylive.co.za or email info@whiskylive.co.za.

Whisky Live supports responsible drinking through partnerships with Uber and 1 For the Road. Breathalysers are also available at the show. All visitors receive a 500ml Valpré Spring Water. No under 18s allowed.