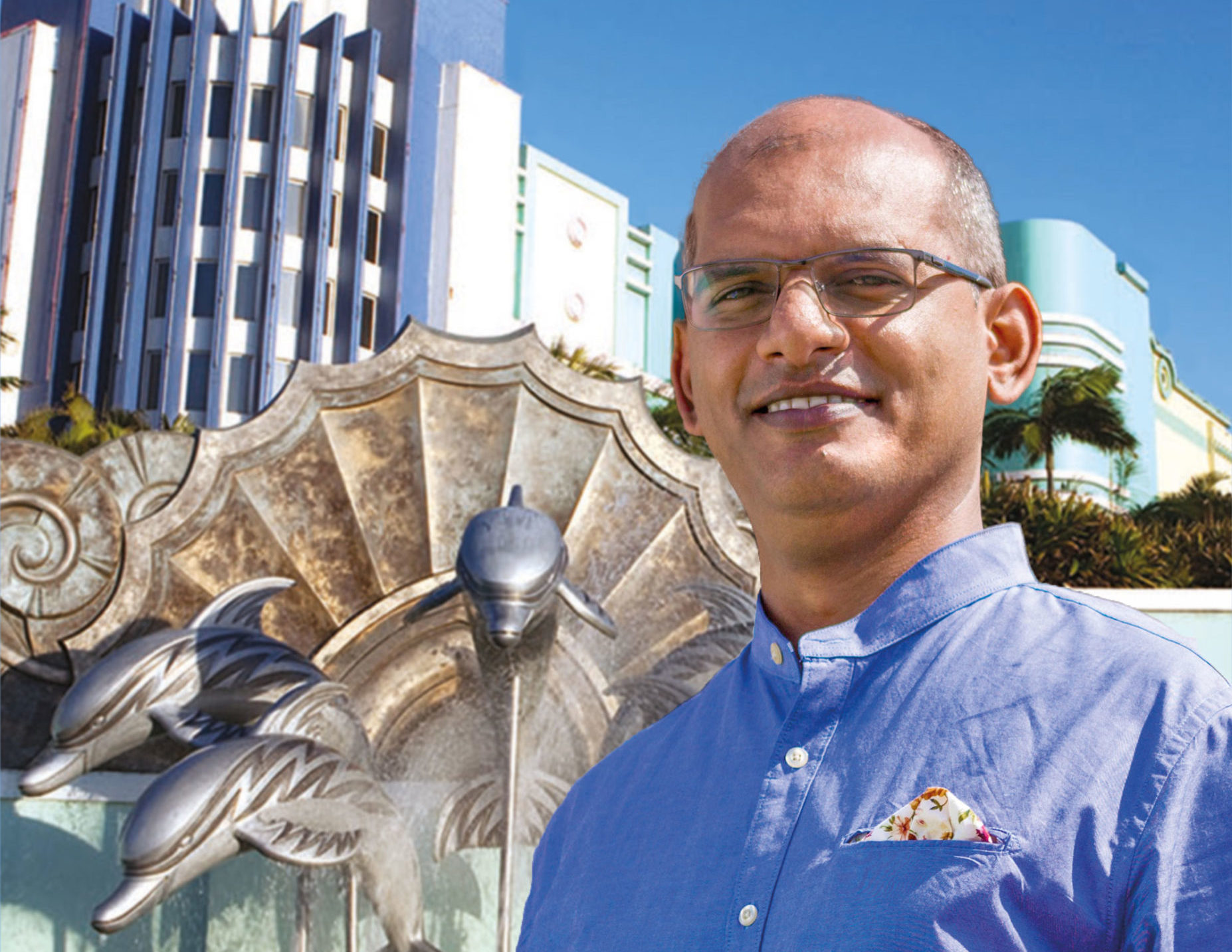 Organ Donor Month – SUNCOAST employee, Deven Naidu (46), received the greatest gift of all from his wife five years ago when she donated her kidney to him. With August being National Organ Donor Awareness Month, here is his story…

Deven Naidu, Content Producer in the Marketing department at Suncoast Casino, Hotels & Entertainment, considers 23 February 2012 a life-changing milestone in his life. This was the day that he received a kidney from his wife, Raveena.

“I am eternally grateful to her for giving me a second chance at living my best life,” he says.

Deven’s health first began to deteriorate in his thirties when he suffered from extremely high blood pressure resulting in severe headaches and abnormal fatigue. After rigorous testing, scans and biopsies, it was established that one of his kidneys was badly damaged and malfunctioning.

“I lived for 10 years with a semi-functioning kidney. When my condition worsened I had to undergo regular dialysis treatment (four-hour sessions twice a week) which really took its toll,” says Deven.
This was when Deven’s wife stepped up and insisted that she be tested to check for compatibility as a kidney donor.

“I was initially in complete denial about my condition, very reluctant to have the transplant and I didn’t want Raveena to go through the pain of surgery,” recalls Deven. “However my wife was adamant that she wanted to donate one of her kidneys, she went for the tests which indicated that she was an 80% match and that started the ball rolling.”

‘It was an overwhelming instinct, from the moment that Deven was diagnosed, that donating my kidney to him was something I had to do,” says Raveena, who has been married to Deven for 22 years.
“At first it was a struggle for him to accept the idea of the transplant and initially he refused my offer, but I persisted from the moment I knew I was a match.”

The pre-transplant process was a lengthy one as the couple also needed to receive the Health Minister’s approval for the transplant to take place, as the donor was a non-blood relative. The Naidu’s underwent the transplant surgery at Ethekweni Hospital and Heart Centre in February 2012.

“The kidney transplant was a first for the hospital, which is renowned for its heart transplants,” says Deven.

Raveena took a month to recuperate but Deven’s post-op recovery took eight months. “I had to remain in strict isolation at home for six months to limit any possibility of infection. My immune system was extremely vulnerable because of the anti-rejection medication and I could not afford to get sick.”

The father-of-one has to be on medication for the rest of his life to assist with anti-rejection, but says it is worth it for the quality of health that he now experiences compared to before the transplant.
“I have experienced a new lease on life in the past five years in comparison to how I felt for the decade before my transplant. Words can’t describe how well I feel now, I have loads more energy.”
He has since travelled to India twice with his family and spoilt himself with the purchase of a new car. “Life is short. My transplant has made me realize that I need to enjoy and live in the moment,” comments Deven.

Deven says he had initially resigned himself to being on a five-to-ten year waiting list for a kidney before Raveena announced that she would be his donor.
“I’m so grateful that I have been given an extension on life and that I will have the opportunity to see my daughter marry. The transplant has motivated me to stay healthy and reach these milestones.”

Deven realizes that a transplanted kidney has an estimated life span of ten years and that he may have to go back on dialysis in the future. “It is a bit like living with a time bomb. This is why it is essential to maintain a healthy lifestyle, continue taking my medication, have regular medical check-ups and constantly monitor blood pressure, fluid intake and output. I have to drink at least 2.5 litres of water a day to enable the kidneys to function properly.”

Maintaining balance in life and avoiding working under continuous pressure are areas that Deven needs to work on daily.

“I had to get into the right mind-set before and after the operation. I now try to include time for daily meditation to create a positive headspace.”

Apart from the support of his family, employers and colleagues at Suncoast, Deven says that receiving encouragement and inspiration from a heart-transplant recipient prior to the operation also helped a great deal. He now pays it forward by counselling other patients at the transplant unit who are awaiting organ donors when required.

“Don’t take your health for granted, listen to your body,” is another piece of advice from the kidney-recipient. “Know your ‘numbers’ such as blood pressure, blood sugar and cholesterol. If you are suffering from water retention, fatigue and high blood pressure these could be symptoms of renal distress and need to be checked out by your doctor or specialist physician. Blood tests can reveal many clues about things going wrong in the body,” says Deven.

With August being Organ Donor Month, Deven encourages the public to sign up to become an organ and tissue donor. “The more people who register to become donors, the more lives can be saved or restored.”
“It’s been so rewarding to see Deven’s transformation since his transplant and to support him during his recovery,” says Louise Howell, Suncoast Marketing Manager. “Suncoast certainly backs his call for the public to get on board and sign up to become organ donors.”

Raveena Naidu has the last word. “Deven is physically and mentally a much better person since the kidney transplant and it has been amazing to see him do a complete turnaround. I wish I had more kidneys, as I would donate another kidney to him again in a heartbeat!”

**For more information about National Organ Donor Awareness Month and the Organ Donor Foundation, or to register to become an organ and/or tissue donor, go to www.odf.org.za or call 0800 22 66 11 (toll free)

Influenced by the Art Deco style of Miami South Beach, SUNCOAST Casino, Hotels & Entertainment is Durban’s most loved entertainment destination. It boasts an unparalleled atmosphere from its location on Durban’s stretch of palm-lined beaches known as the Golden Mile and is within walking distance of the iconic Moses Mabhida Stadium.

SUNCOAST is an integral part of the Durban entertainment scene and is currently undergoing an expansive refurbishment that will see the expansion of the gaming floor with 1,850 slot machines, 71 gaming tables, opening of a number of new restaurants, The Barnyard Theatre as well as the launch of The Suncoast Globe, a multi-purpose eventing venue.  The jewel in the Suncoast crown is the new Salon Privé situated on the upper level with 180-degree sea views with its opulent Art Deco design creating a world-class gaming experience.

With a choice of everything from the finest cuisine, to fast food and laid back coffee spots, Suncoast offers Durban dining for every taste. Catch all the latest blockbuster movies on the big screen at Suncoast Cinecentre with eight movie theatres to choose from and the largest 3D screen in KZN, the Supernova. There is more great family entertainment on offer at The Magic Company where the kids and young at heart can enjoy hours of fun with modern and classic arcade games.

Attached to the SUNCOAST complex is the luxurious Suncoast Towers and SunSquare Suncoast hotels which offer superior accommodation for the discerning leisure and business traveler.  A stay at the hotel would not be complete without a signature treatment at the Balinese-style spa located on the 9th floor. The stylish Jeera Restaurant located in the hotel is also a must for a culinary experience never to be forgotten.