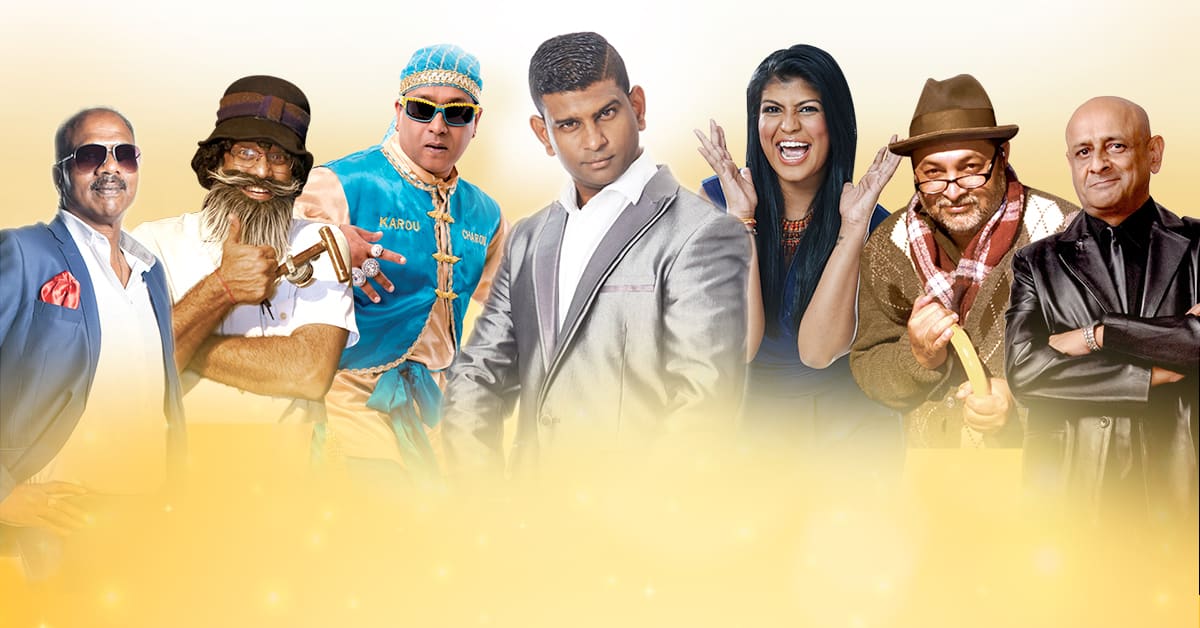 The first ever Great Big SA Indian Comedy Show will be taking place at Suncoast on Friday, 16th September and Saturday, 17th September at 20h30!

A first of its kind, the Great Big SA Indian Comedy Show will be featuring a whole host of rookie and veteran comedians all on one stage presenting unique stand-up comedy, sketch comedy, music and whole lot of dance. Comedians that guests can look forward to seeing include former Miss India Globe 2010, Keru Kisten alongside Sans Moonsamy, Masood Boomgard, Maeshni Naicker and the insanely entertaining Ding-a-Lings.

“We are going to have fun and laugh non-stop! With all the stresses of day to day living it will be the best remedy that is something that I can guarantee” says South African Comedian, Muthu Murugan

“This is something that has never been done before and promises to be a night of nothing but gut-busting laughter so make sure you get your tickets soon as it is sure to be a sell-out show” says SUNCOAST Marketing Manager, Louise Howell.

Tickets for the Great Big SA Indian Comedy Show are available at Computicket for R 150. For more information on the show and to book your tickets visit suncoastcasino.co.za