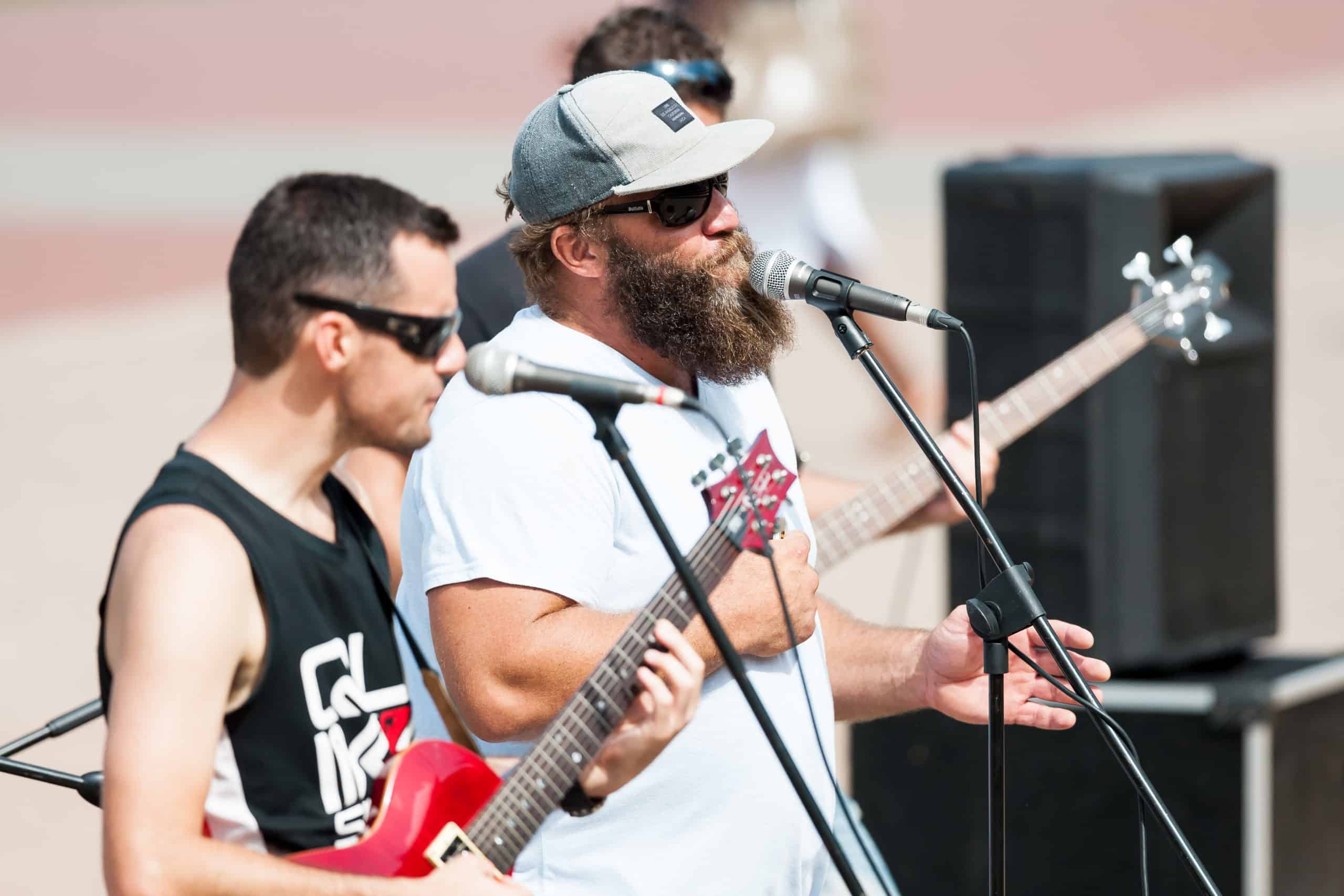 The funky folk sounds of The Gus Brown Band – a Warner Beach-based funk and folk band – will entertain the crowds in the Suncoast Amphitheatre on the Durban promenade at SUNCOAST’s next Sunday Beats session on Sunday, 9 October from 2pm!

Formed in 2012 on Gus Brown Road in Warner Beach, the band consists of five zany members – Gavin Welsh, brothers Dale and Nick Vickery, Brett Kenton and Chad Porter – who all bring beautiful elements of a dysfunctional, yet rocking, folk sound.

Since their last performance at  Sunday Beats in May this year, The Gus Brown Band has launched ‘Gorilla Mist Beard Oil’, performed at numerous venues (including the 2016 Splashy Fen Music Festival) and has released their latest single, titled ‘The Last Time’.

“I’ve been told that I look like a grizzly gorilla with my beard,” says lead singer Gavin Welsh. “So I launched Gorilla Mist Beard Oil, for people with grizzly gorilla beards like mine! I’m really chuffed about that.

“Since our performance in May at Sunday Beats we have recorded some new tracks,” Gavin adds. “We are hoping these will get some radio airplay. The most recent is ‘The Last Time’ and we have been receiving lots of love for that track. Please come support us once again, and feel free to give us hugs, we don’t bite all the time.”

Sunday Beats are free monthly musical sessions that take place at the SUNCOAST amphitheatre; the platform is used to promote well-known and fairly new local musicians from in and around Durban and KwaZulu-Natal.

“The Gus Brown Band is a truly unique band,” says SUNCOAST Marketing Manager, Louise Howell. “Last time they were here they had the promenade rocking! They are great entertainers. Make sure not to miss their performance this coming Sunday (9 October). Bring your family and friends and make a day of it.”

The Gus Brown Band’s latest track, ‘The Last Time’, along with their debut album Warner Beach is available on soundcloud.com. For more information on Sunday Beats and other activities taking place at SUNCOAST visit suncoastcasino.co.za.