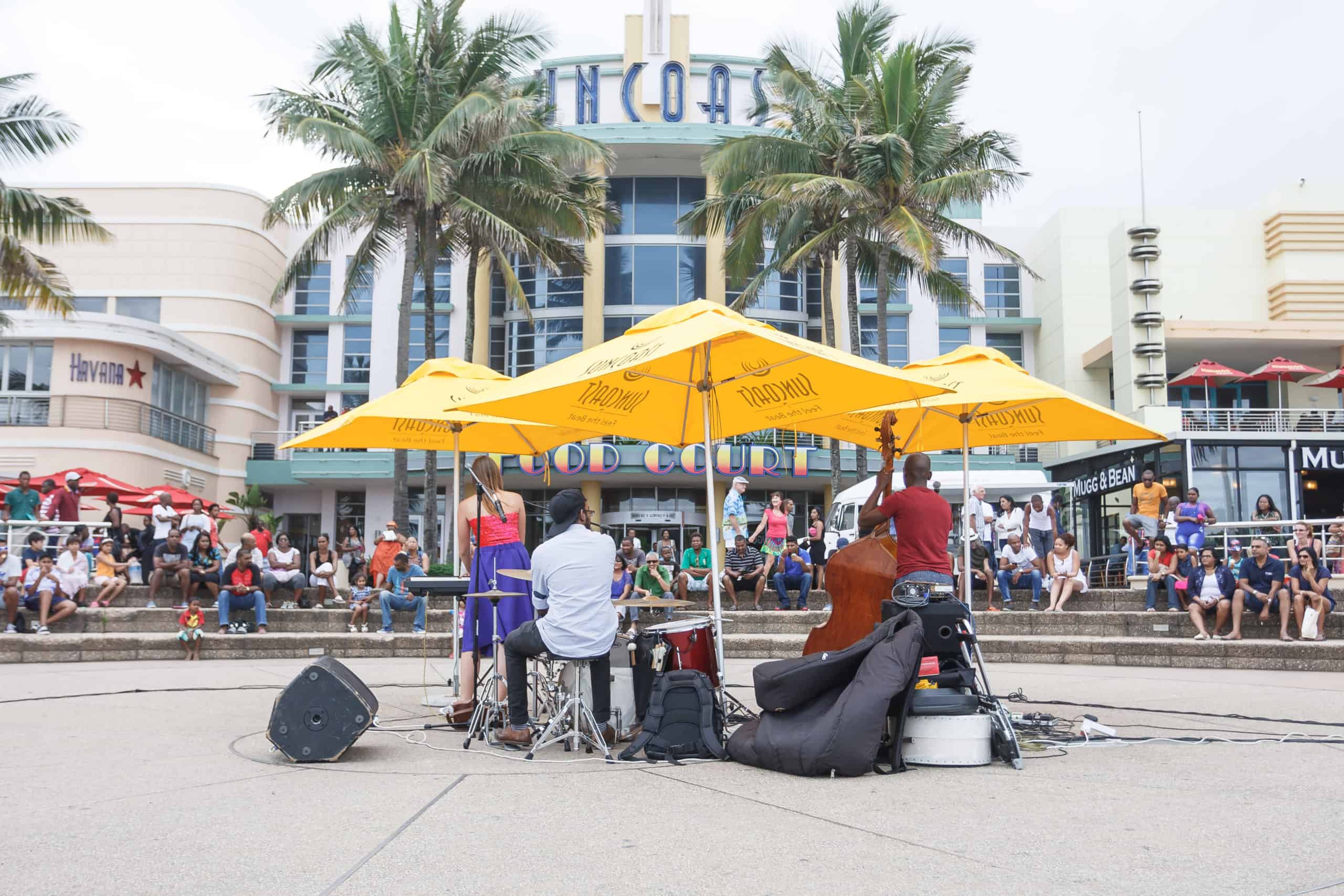 Get ready to get up and dance with the exciting local alternative electronic music band, RISE, at SUNCOAST’s Sunday Beat on Sunday, 24 April from 2pm.

RISE is a local Durban band featuring Kerry Wood on vocals, Colin Peddie on guitar, Donna Peddie on keyboard and Dan Wilson on bass guitar.The band was formed in 2007 with an electronic club music genre. In recent years, RISE has moved towards a more mature and settled sound as heard in their second album titled “Water on Canvas”.

Being a well-known alternative electronic band within South Africa, RISE’s musical style and influence has been appreciated abroad in the UK and Europe with radio stations playing their catchy tunes.

“South African music rules and the international community is taking note of local music. We cannot wait to shake the Suncoast promenade on Sunday, 24 April and we are expecting Durb’s to come out and jam with us,” says Kerry Wood.

RISE has always had a huge live performance appeal with performances at high profile events such as the FIFA Fan Park in 2010 and in two vibrant gigs with Goldfish at the Durban Botanic Gardens.