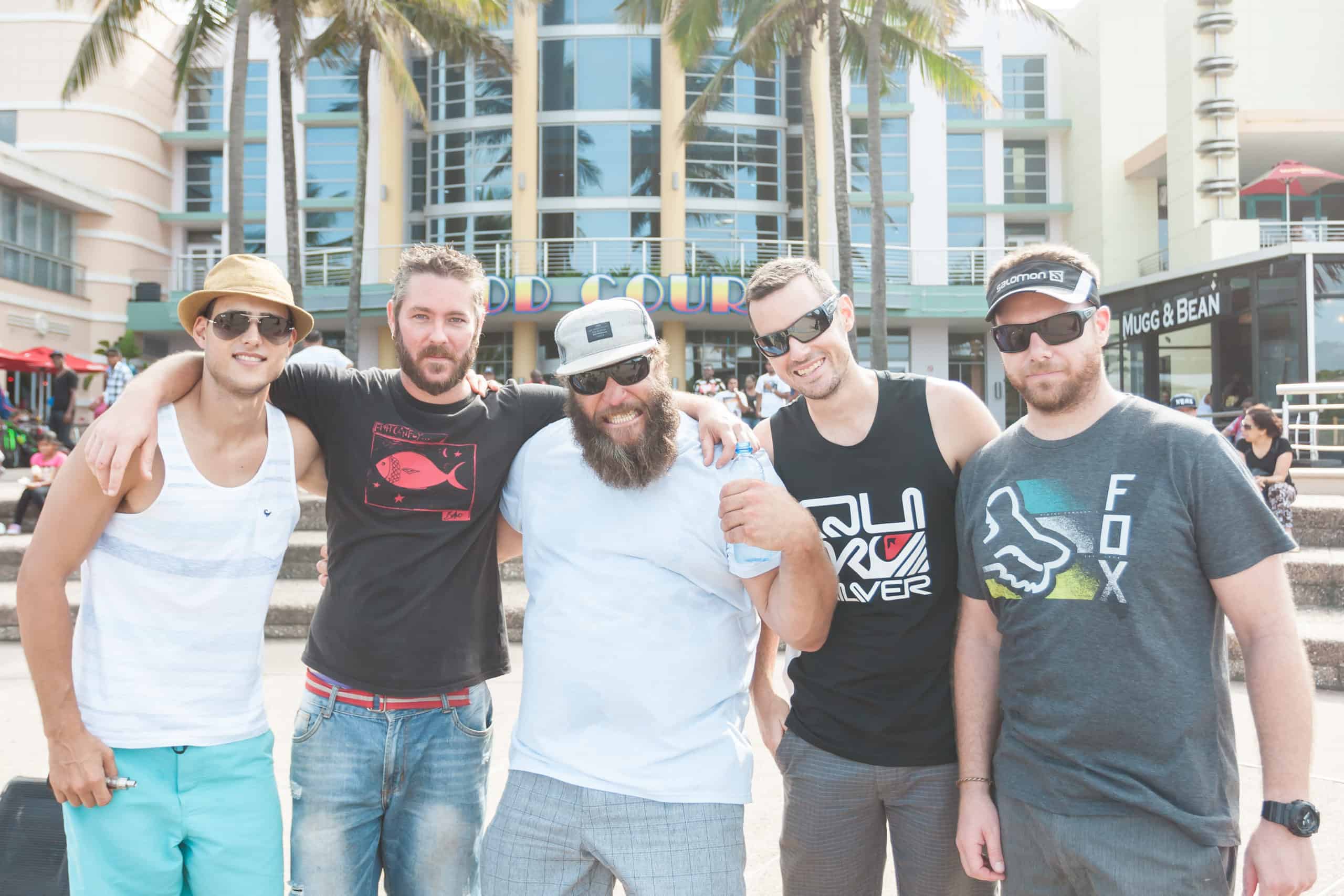 The Gus Brown band takes to the Sunday Beat stage on Sunday 13 March 2016 at 14h00. This performance is guaranteed to have everyone on their feet and grooving! If you haven’t yet heard them, you don’t want to miss this performance.

The Warner Beach-based band describes their music style as Folk, Funky and Original and they throw in a few unexpected cover songs too!

The group consists of the original guitar-playing brothers – Dale and Nick – joined by lead singer Gavin. A reshuffle in the line-up now sees Chad Porter (bass and vocals) and Brett Kenton (drums, guitar, vocals, and xylophone) join the band.

Originally formed in 2012 the talented muso’s are well-known on the local music scene. They have been on the bill at various music festivals in KZN and opened for Jeremy Loops in Durban and Prime Circle in Cape Town.

Things you may not know about the band:

Get on down to SUNCOAST’S amphitheatre on Sunday! Sunday Beats are free and great family entertainment. The good vibes start at 14h00.