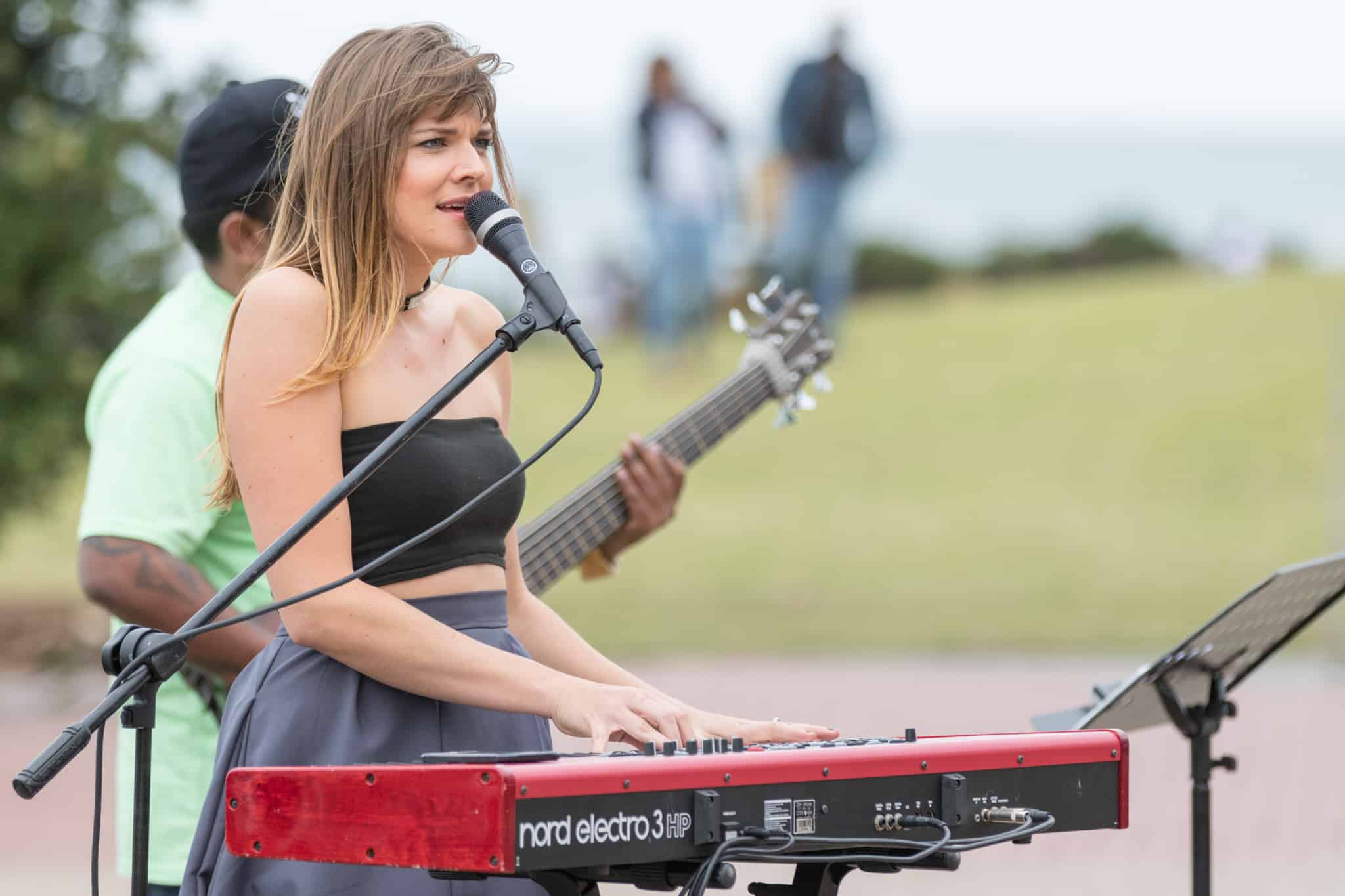 The vibrant Chloe Clark, will be adding her unique sound to SUNCOAST’s Sunday Beats this Sunday, 13 August 2017, at the Amphitheatre from 14h00!

Since her appearance on The Voice South Africa last year, Chloe has been recording new tunes and playing at various venues around Durban and South Africa. A member of Team Kahn (from the Parlotones), the KwaZulu-Natal songstress went on to release her debut album in April last year which received attention from local radio stations.

The dynamic singer is a regular on Durban’s theatre and corporate scene and has appeared with the KwaZulu-Natal Philharmonic Orchestra, sung backing vocals for Ronan Keating, performed on Majozi’s first EP and alongside well-known South African artists such as Gangs of Ballet, Kyle Deutsch, Joseph Clark and Arno Carstens.

Chloe’s busy schedule has included a concert in Shanghai, China, a successful tour to Mauritius and a recent performance with the Starlight Pop Orchestra in Durban.

Music and singing has been a part of Chloe’s life since a very early age, with her joining her first band at the age of eleven. Apart from entertaining audiences with her “jazz-inspired sounds” the local singer also studied music at the University of KwaZulu-Natal, finishing her honours in 2016 in jazz vocals and vocal technique methods.

Chloe says her musical inspiration is drawn from international artists such as Diana Krall, Imogen Heap and Kimbra as well as vintage jazz greats such as Billie Holiday.

“My style can be described as jazzy,” says Chloe. “I love ‘putting a swing’ on my favourite classics plus developing my own original sound.”

The local singer plans further tours to Mauritius and Reunion Islands at the end of this year and the United Kingdom and Paris in early 2018.

“Durban audiences are incredibly lucky to have a chance to enjoy Chloe’s smooth jazzy sounds at this week’s free Sunday Beats session,” says SUNCOAST Marketing Manager, Louise Howell. “She’s the perfect choice as part of our Women’s Month line-up this August. What better way is there to wind down the weekend in the relaxed setting of the Durban promenade with the Indian Ocean as a backdrop?”

Influenced by the Art Deco style of Miami South Beach, SUNCOAST Casino, Hotels & Entertainment is Durban’s most loved entertainment destination. It boasts an unparalleled atmosphere from its location on Durban’s stretch of palm-lined beaches known as the Golden Mile and is within walking distance of the iconic Moses Mabhida Stadium.

SUNCOAST is an integral part of the Durban entertainment scene and is currently undergoing an expansive refurbishment that will see the expansion of the gaming floor with 1,850 slot machines, 71 gaming tables, opening of a number of new restaurants, The Barnyard Theatre as well as the launch of The Suncoast Globe, a multi-purpose eventing venue.  The jewel in the Suncoast crown is the new Salon Privé situated on the upper level with 180-degree sea views with its opulent Art Deco design creating a world-class gaming experience.

With a choice of everything from the finest cuisine, to fast food and laid back coffee spots, Suncoast offers Durban dining for every taste. Catch all the latest blockbuster movies on the big screen at Suncoast Cinecentre with eight movie theatres to choose from and the largest 3D screen in KZN, the Supernova. There is more great family entertainment on offer at The Magic Company where the kids and young at heart can enjoy hours of fun with modern and classic arcade games.

Attached to the SUNCOAST complex is the luxurious Suncoast Towers and SunSquare Suncoast hotels which offer superior accommodation for the discerning leisure and business traveler.  A stay at the hotel would not be complete without a signature treatment at the Balinese-style spa located on the 9th floor. The stylish Jeera Restaurant located in the hotel is also a must for a culinary experience never to be forgotten.