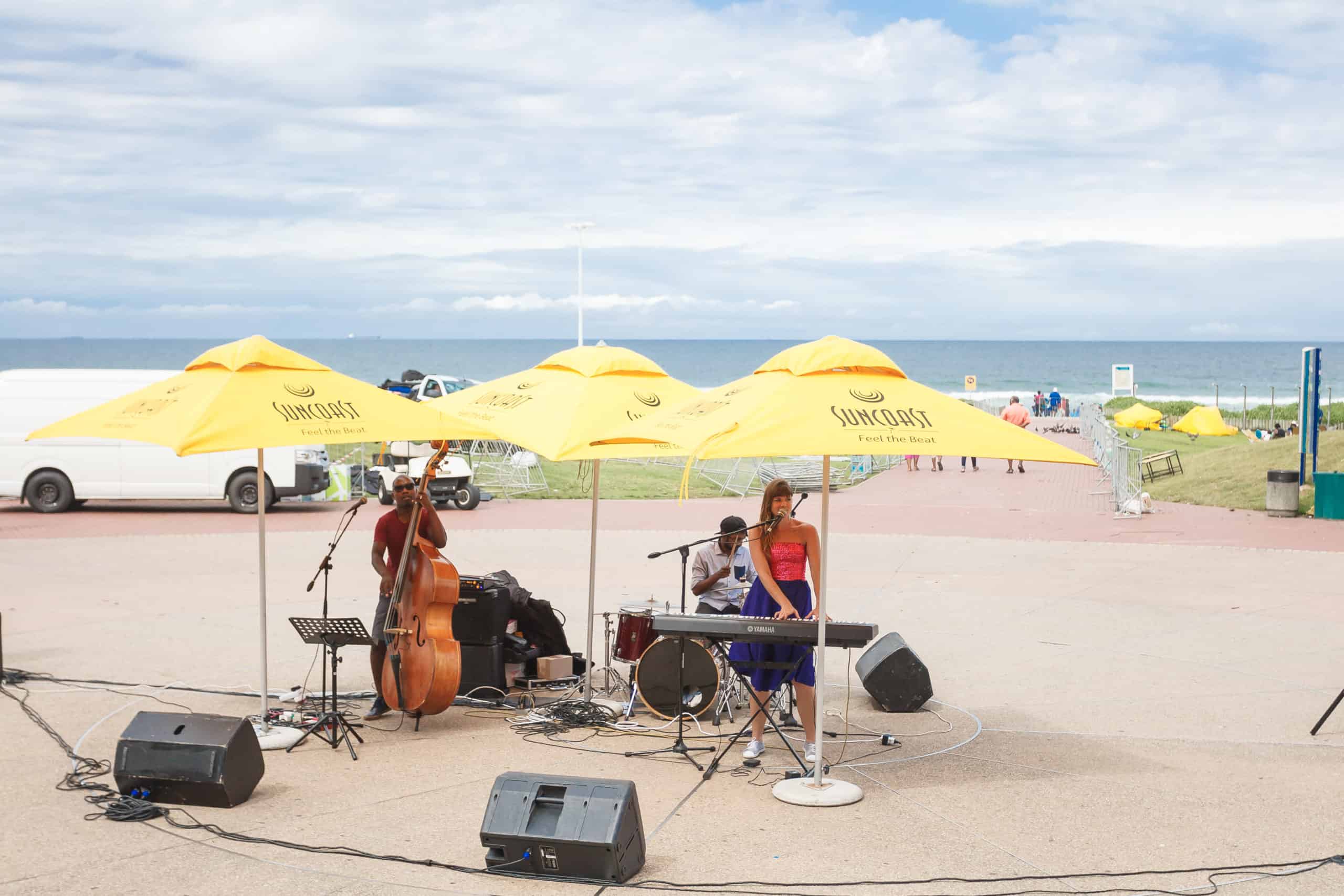 SUNCOAST’s Sunday Beat sessions have had some great artists entertain the crowds during the past fortnight (John Ellis performed on 31 January and 5th Season on 7 February).

Abbey Grange – next on the bill in the February line-up – is no exception. The brother/sister duo is excited about introducing their sounds this Valentine’s Sunday, 14 February 2016 – and will be rocking and rolling from 14h00.

Describing themselves as an indie/blues rock band Abbey Grange formed in 2013 – and consists of Cara and Yuri. The versatile musicians both play guitar and keyboard and also take turns playing bass drum, snare and vocals.

Inspired by English rock bands Led Zeppelin and The Beatles, Abbey Grange’s name came off the recording studios of The Beatles and Led Zeppelin, which were ‘Abbey Road Studios’ and ‘Headley Grange’ respectively.

The talented siblings will be performing some of their hits, such as ‘Run’, ‘Six Shooter’, ‘Deep Water’ and ‘The Gate’ on Sunday. A band that is reaching for the stars and see no limit to what they can achieve, Cara and Yuri are musicians with BSc honours in Mathematics and BSc Mechanical Engineering qualifications.

“It’s going to be ultimate rock fun and we cannot wait to play at SUNCOAST! Don’t miss it! We are hoping look forward to introducing our style of music to all the SUNCOASTERS out there!” says Cara.

“Who said Valentine’s Day has to be all lovey-dovey? Come down to SUNCOAST and make it one to remember!” says SUNCOAST Marketing Manager, Louise Howell.