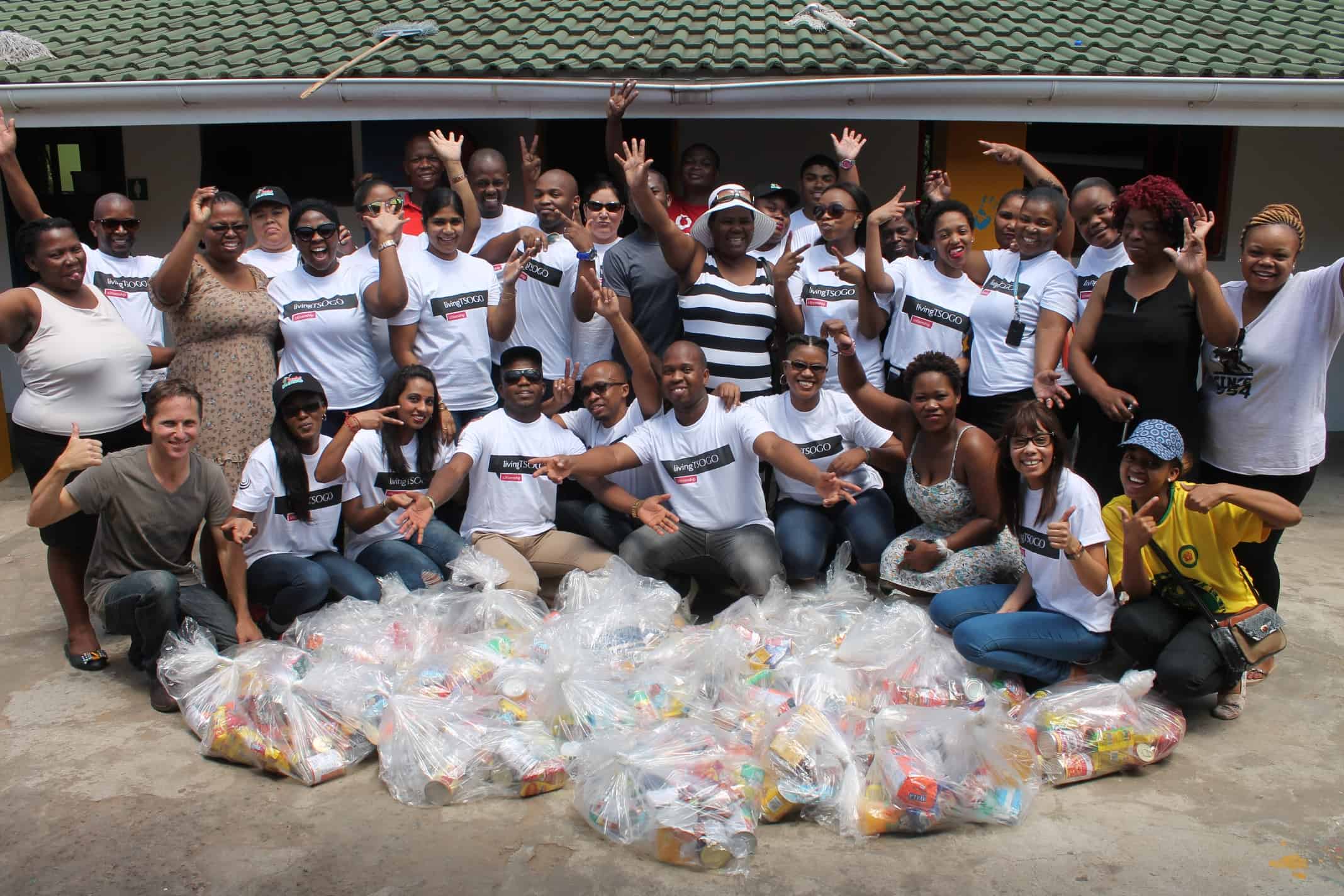 Suncoast Staff Participate in Festive Food Drive for the Needy

Christmas came early this year for 30 destitute families living in a transit camp in the Chesterville area.

SUNCOAST’s Corporate Social Investment (CSI) team made up of staff members who volunteer their time each month to various projects paid a visit to the Ridgeview Transit Camp on Thursday 17 November to distributed food parcels for the residents.

Child-headed households, the elderly and residents living with disabilities were identified as most in need of assistance by Nhloswenhle Projects and Vukukhanye – a non-profit and public benefit organization in the area, and SUNCOAST’s main CSI beneficiary through funding and other assistance.

Various departments at SUNCOAST challenged each other in a food-collection drive, collecting non-perishable items for the food parcels. The Surveillance Department came out on top with the most goods collected for the project.

A total of 30 food parcels were donated each containing maize meal, samp, baked beans, pilchards, rice, noodles, juice, tea, coffee, powdered milk, sugar beans, peanut butter, soup and oil.
Pensioner Clara Xaba who struggles to care of her six grandchildren on her pension, says, “I am extremely grateful for the kind donation. It will be such a big help. I have only recently moved to the transit camp and times are so hard that I often don’t know where our next meal will come from as I have so many mouths to feed.”

Another grateful recipient was father-of-four, Bongani Sikweqe, who has been living at Ridgeview Transit Camp since 2007 and is currently unemployed.

“It’s always humbling to visit these residents who are so in need of the most basic of requirements which most of us take for granted,” says Louise Howell, SUNCOAST Marketing Manager. “It is our hope that the contributions will help to temporarily alleviate the residents’ hardships in some way.”