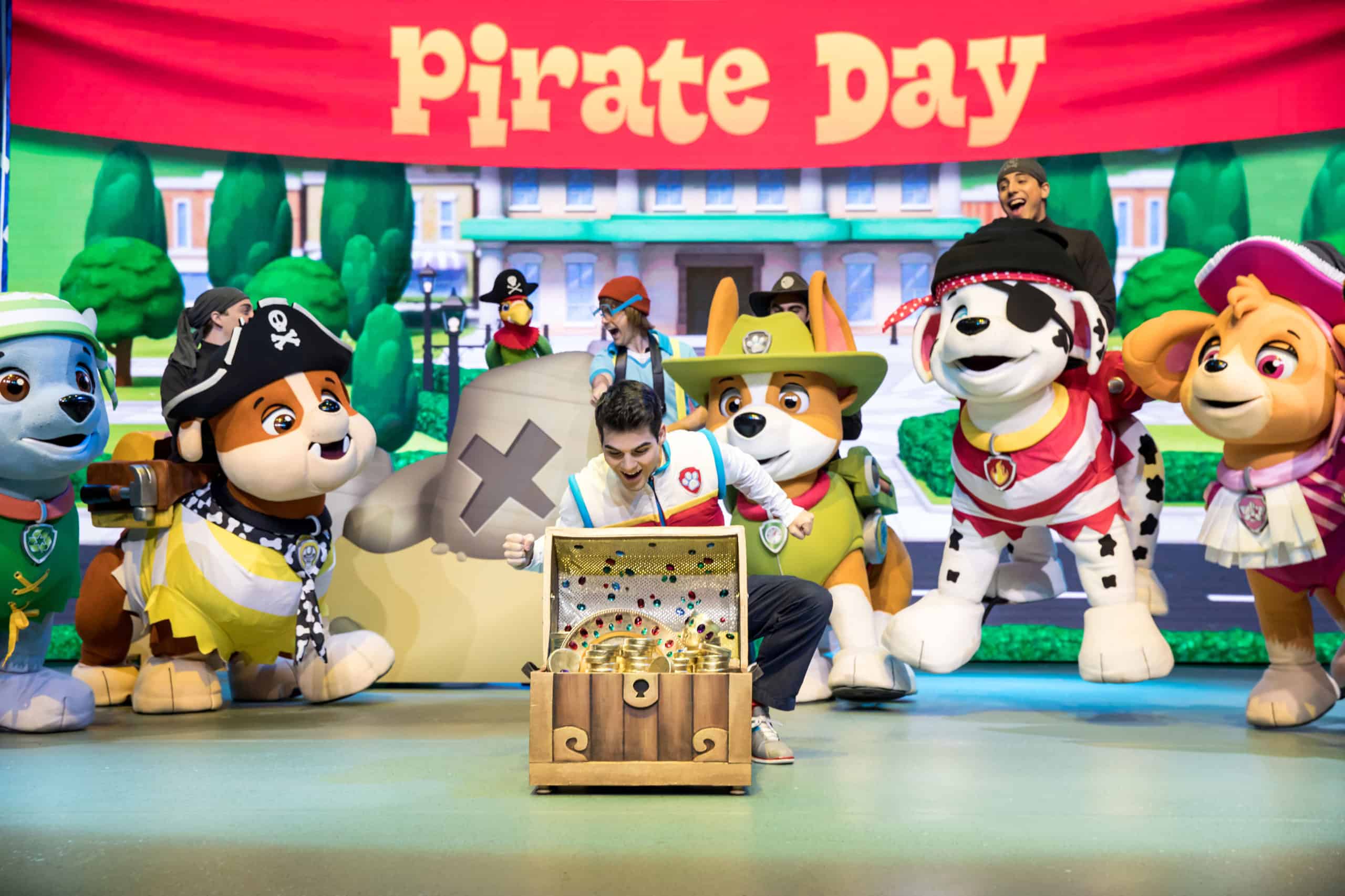 “The Geat Pirate Adventure” Is Coming To Durban!

X Barks the Spot in an all-new live show based on PAW Patrol, the number-one hit preschool series

All paws on deck! Following the continued success of the PAW Patrol Live! “Race to the Rescue” tour internationally, Nickelodeon, VStar Entertainment Group, TEG Life Like Touring and Glen21 Entertainment have announced that the second live stage show based on PAW Patrol, the top-rated preschool series produced by Spin Master Entertainment, will make its South African debut in April 2020.

The new action-packed, music-filled production, PAW Patrol Live! “The Great Pirate Adventure,” will feature the beloved characters from the animated series, and will be playing at The Globe on 17, 18 and 19 April 2020.

In PAW Patrol Live! “The Great Pirate Adventure,” Mayor Goodway is getting everything shipshape for a big Pirate Day celebration in Adventure Bay. When Cap’n Turbot falls into a dark and mysterious cavern, it’s PAW Patrol to the rescue! Chase, Marshall, Rubble, Skye, Rocky and Zuma save Cap’n Turbot and discover a secret pirate treasure map that leads them on an epic adventure. Over land and on the high seas, the pups set out to find the treasure for Mayor Goodway so the celebration can go on. Things get ruff when Mayor Humdinger wants to find the treasure first for Foggy Bottom. The pups need all paws on deck for this pirate adventure, including help from the newest pup who’s all ears…Tracker! Using their heroic rescue skills, problem solving and teamwork, the pups set sail to save the day. No job is too big, no pirate pup is too small!

“We’re incredibly excited to be back working with Nickelodeon, VStar Entertainment and TEG Life Like Touring to bring PAW Patrol fans a completely new and memorable experience with their favourite pups on the stage in 2020,” said Glen Netshipise, Director, Glen21 Entertainment. “Like ‘Race to the Rescue’ which we brought to South Africa in 2018, this is a high-quality production that we are very proud of, featuring an outstanding cast, unique costumes that add dimension to each character on stage and lots of fun musical numbers.”

“We’re an entertainment destination that caters for the whole family and we are delighted to host this family show in The Globe.  KZN families are sure to be “paw-ring” in for a chance to meet Chase and the team at this paw-some show”, said Louise Howell, Suncoast’s Marketing Manager.

Tickets to see the pups embark on this pirate-themed voyage are already on sale at Computicket.