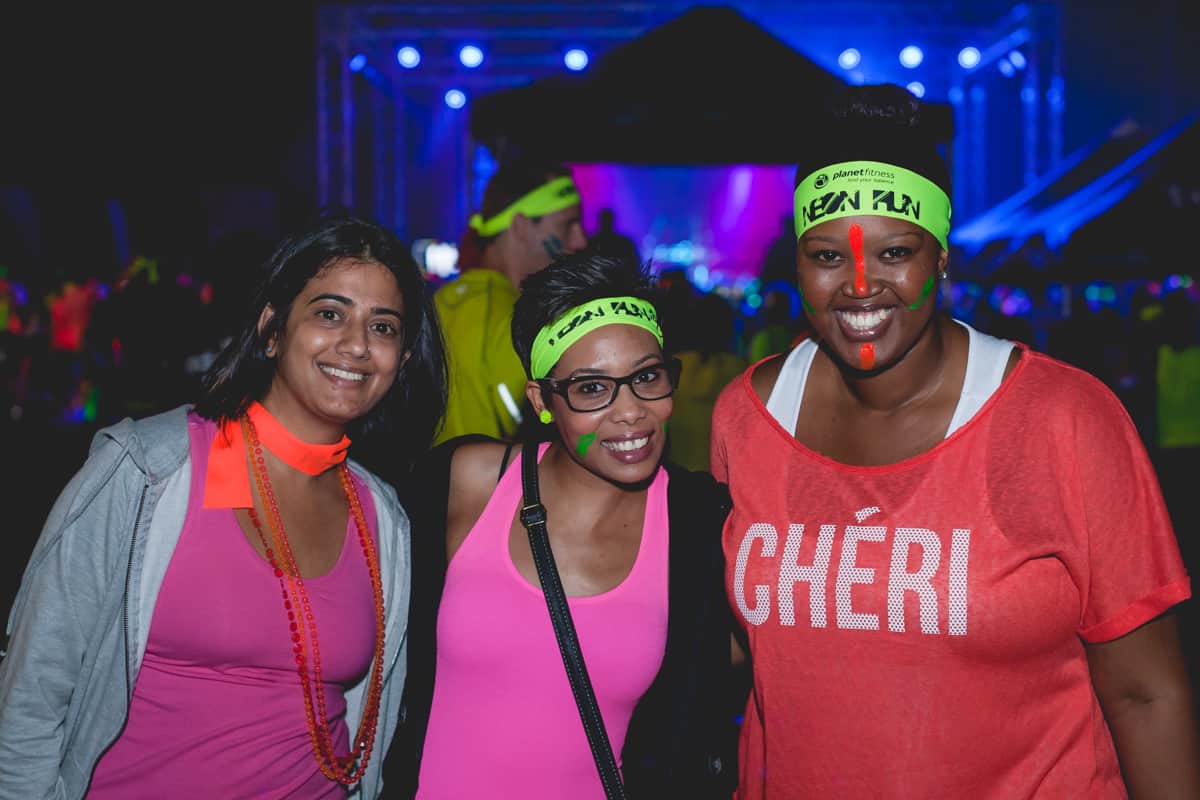 South Africa’s most electric and colourful fun run, the Neon Run™  will be taking place at the SUNdeck in front of Suncoast on Saturday, 9 May from 15h00.

Having already taken place in Port Elizabeth and Cape Town, the Neon Run™ is an electric night-time spectacular that features thousands of individuals running, cycling, skateboarding and walking a 5km race route dressed in neon clothing, accessories and paint. Participants will navigate through different glow zones that illuminate their neon clothing and accessories making for an exciting and thrilling spectacle.

After the race, some of South Africa’s most notable radio DJ’s and artists will be performing at the SUNdeck. 5FM’s Nick Hamman and DJ Vic Naidoo will be introducing an exciting line up of SA artists that include rock ‘n roll and Indie Kwela pop band Desmond & the Tutus, electro, rock, dance, folk and hip-hop group iScream & the Chocolate Stix along with DJ Fresh.

Gates open at 15h00 with music throughout the event while the race starts at 18h30. A beer tent and food stalls are available.

The cost is R250 per person; children under 11 pay R90 while a group of four people or more pay R200 a person. Every ticket includes entry into the race and music festival, glow sticks and an official Neon Run™ head band.

People purchasing tickets for Neon Run™ will have the option of donating money to the Neon Run™ Fire Fighters & Victims Aid Fund. This voluntary donation can be anything from R1 upwards, which will go directly to the fund, and will be added onto the cost of the original ticket.

The 2015 tour includes more UV, neon paint, graffiti walls and lasers than ever before with participants at each event in line to win amazing prizes including the use of a Mitsubishi car for a year. Those Discovery members taking part also get Discovery points. The final route maps will be available on the website one week before the event.   The Neon Run™ starts and finishes at the SUNdeck in front of SUNCOAST.

All that is left to say is Ready, Set, GLOW!