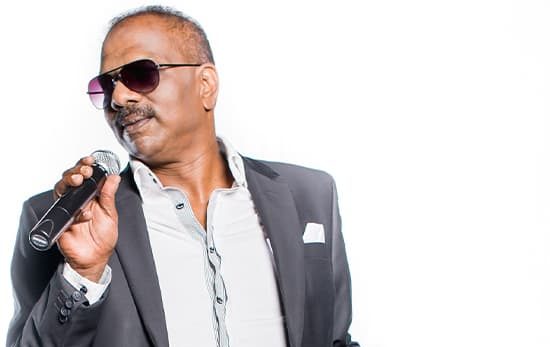 ‘Muthu’s Café’, a live stand up comedy show set in a bar is coming to SUNCOAST from the 11th to 13th of April. The show stars Durban comedians Muthu Murugan, Sagie Murugan, Neville Pillay and Masood Boomgaard.

The show will be supported by dancing diva, Leona Dean and her sensational dancers and trendy pantsula dancers, as seen on ETV’s Step Up or Step Out competition, as well as pop singer, Judith Makozi.

Leading the line-up is, Muthu Murugan, who keeps audiences in stitches with his quick fire style of comedy.  “The show will give audiences the ultimate Bollywood mix of stand-up comedy, live entertainment and lots of laughter,” he said.

Louise Howell, SUNCOAST Marketing Manager said, “Be prepared for an evening of laughter and a taste of Durban’s hottest acts unlike anything you have seen before.”

Catch up on all the local comedy and reserve your seat for Muthu’s Café. Tickets are available from Computicket, for only R120. For more information on the show, visit www.suncoastcasino.co.za or follow the BEAT on Facebook and Twitter.