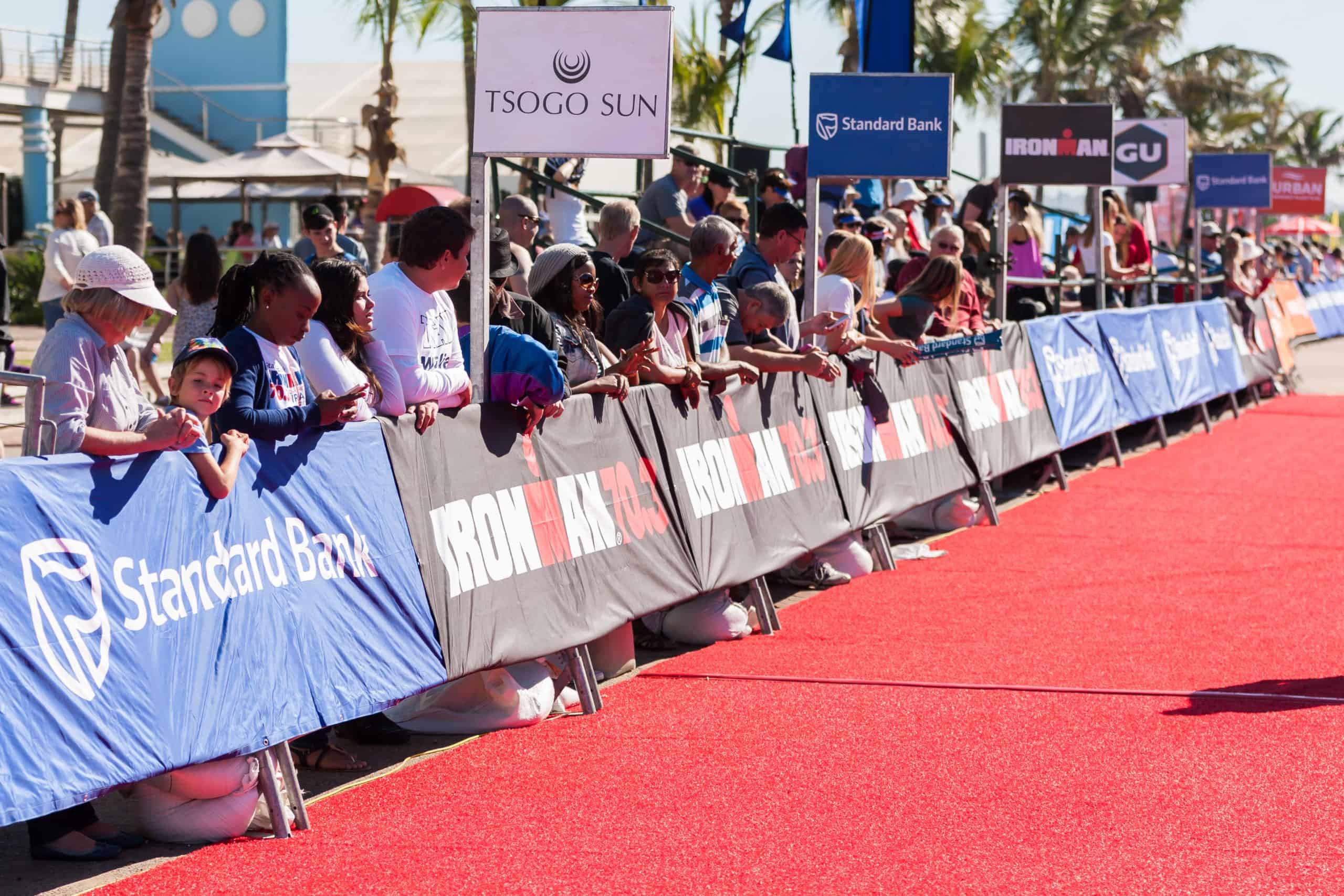 DURBAN, South Africa (14 June 2016) – The former Springbok fullback who represented South Africa in 37 tests scoring 19 tries, will be taking on the Standard Bank IRONMAN® 70.3® Durban on 19 June, his first ever triathlon.

Terblanche represented South Africa, Durban-based franchise, The Sharks, Ospreys of Wales, Ulster of Ireland and The Barbarians. After a stellar professional rugby career spanning over 13 years, he has remained active being an avid cyclist and mountain biker.

As a player with a reputation of being one of the best finishers in the game and an appetite for scoring tries (Terblanche twice held the Springbok record for the most tries scored in a single game), he has decided to cross the “tri” line one more time by taking on his first ever triathlon at the Standard Bank IRONMAN 70.3 Durban in his home town.

“[The decision to take part] was one of those “around the fire” chats and a friend’s wife roped me into doing it while on holiday in Mozambique. [Triathlon] is one of those boxes I always wanted to tick and with the event being in Durban and a great advertisement for our city, I thought this would be a good one to start with.”

Terblanche is CEO of the South African Rugby Legends Association so naturally enjoys keeping company with his former teammates.

“We [former professional rugby players] all like to compete and we all like to push our bodies to some extremes. We also now have a chance of taking part in something that we were not allowed to do in our playing days. We have huge respect for other disciplines and other sports people and now that we have done or trying to do triathlons, we have even more respect for these extreme athletes and what they put their bodies through.”

“[Racing with former Sharks teammates] there is encouragement and camaraderie during the day and support for each other like in our playing days. It’s very rewarding when you get encouragement from your team mates on the day going through a tough patch.”

With Terblanche no stranger to endurance events he does not have any problems finding motivation to train or to persevere during a race, something that comes naturally to a professional sports person. He does admit though that participating for a cause such as the IRONMAN 4 the Kidz Charity Trust adds a special element as his participation is set to benefit children in need.

“It’s always good to do something for a specific reason and [the IRONMAN 4 the Kidz] is also a great cause. I enjoy training and competing so motivation won`t be a problem [but] I think the satisfaction of hopefully finishing the race in one piece and knowing that kids will benefit from it, will be extra special.”

On going on to do the full IRONMAN, he wants to take it “one step at a time” but admits “it would be unreal to finish a full IRONMAN.”

About IRONMAN
A Wanda Sports Holdings company, IRONMAN operates a global portfolio of events that includes the IRONMAN® Triathlon Series, the IRONMAN® 70.3® Triathlon Series, 5150™ Triathlon Series, Iron Girl®, IRONKIDS®, six of nine International Triathlon Union World Triathlon Series races, road cycling events including the UCI Velothon Majors Series, mountain bike races, premier marathons and other multisport races. IRONMAN’s events, together with all other Wanda Sports Holdings events, provide more than 680,000 participants annually the benefits of endurance sports through the company’s vast offerings. The iconic IRONMAN® Series of events is the largest participation sports platform in the world. Since the inception of the IRONMAN® brand in 1978, athletes have proven that ANYTHING IS POSSIBLE® by crossing finish lines at the world’s most challenging endurance races. Beginning as a single race, IRONMAN has grown to become a global sensation with more than 260 events across 42 countries.