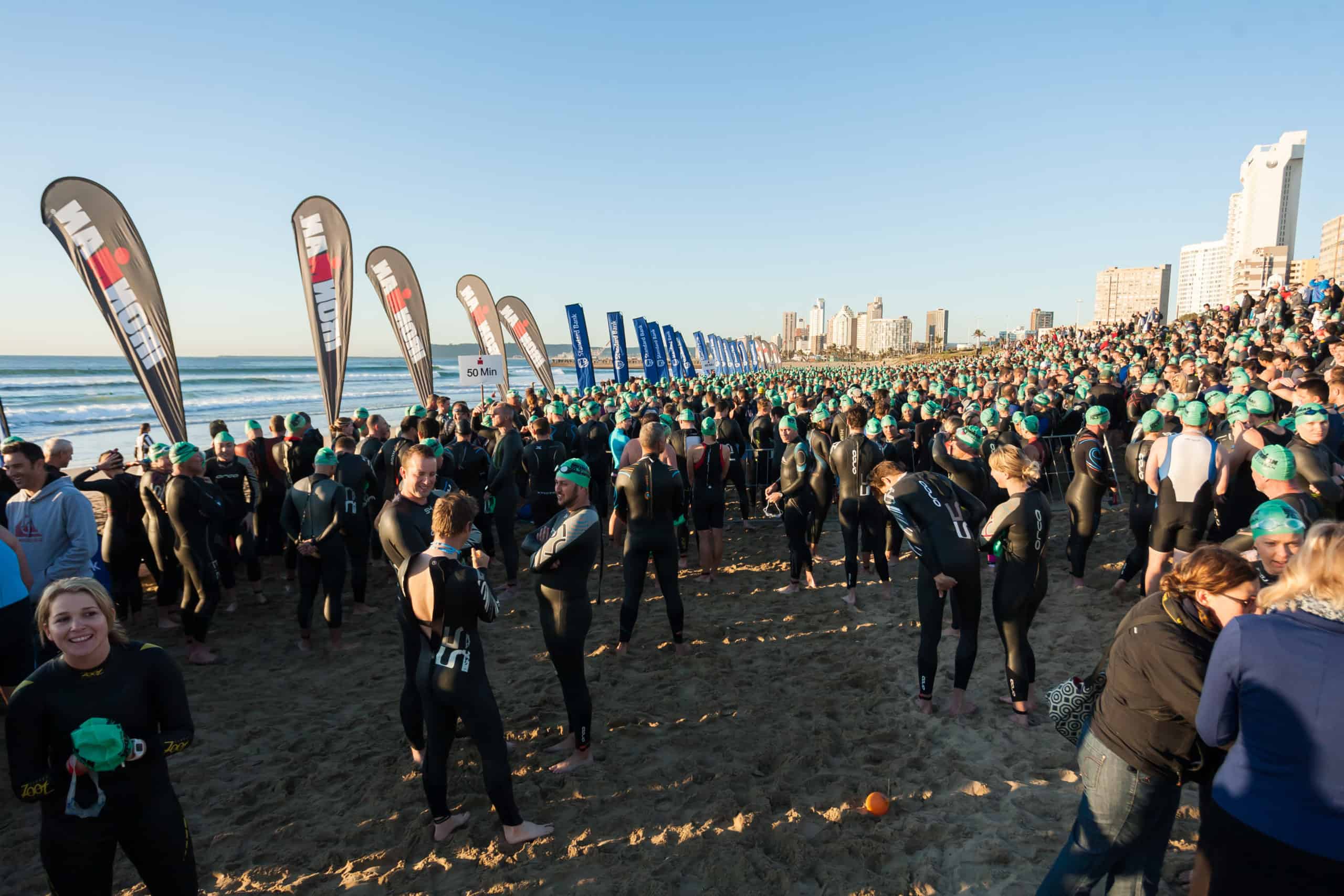 PORT ELIZABETH, South Africa (4 May 2016)–A capacity field of 3000 athletes will be heading to Durban for the second edition of the Standard Bank IRONMAN® 70.3® Durban triathlon, which takes placeon Sunday, 19 June, 2016 at Suncoast, Durban.

The popular triathlon has completely sold out for the second consecutive year and is fast becoming one of the signature triathlon events on the South African triathlon calendar. The race which features a 1.9km sea swim, 90.1km bike and 21.1km run will again start at Snake Park Beach for the swim, exit at Country Club Beach before cycling along the M4 highway to Zimbali and returning to Suncoast. The run will take athletes along the promenade finishing at Suncoast.

The 2016 edition of the race reached sold out status less than four months after opening entries. This makes the Standard Bank IRONMAN 70.3 Durban one of the fastest ever selling races in South Africa. With 92.3% of the athlete field coming from outside of Durban, the city can expect an influx of visitors over the winter period including 110 international entrants. Kwa-Zulu Natal boasts 369 entrants for the 2016 race. The race was a big hit with Durban locals in its first year with thousands of spectators supporting the athletes at Suncoast and along the promenade.

“We are excited to be hosting this event for a second time and expect a great race.  After a successful first year, the Standard Bank IRONMAN 70.3 Durban continues with its positive momentum and for the race to sell out in less than four months speaks volumes for Durban as a host city and for the growth of triathlon in South Africa,” said Paul Wolff, IRONMAN South Africa Operations Director.

Amongst this year’s competitors is former Springbok and Sharks winger, Stefan Terblanche who joins fellow rugby legends, John Smit and John Slade in competing for the IRONMAN 4 the Kidz Charity Trust who will be raising funds for Durban-based children’s beneficiaries, the Daily News Milk Fund and Bobbi Bear.

About IRONMAN
A Wanda Sports Holdings company, IRONMAN operates a global portfolio of events that includes the IRONMAN® Triathlon Series, the IRONMAN® 70.3® Triathlon Series, 5150™ Triathlon Series, Iron Girl®, IRONKIDS®, six of nine International Triathlon Union World Triathlon Series races, road cycling events including the UCI Velothon Majors Series, mountain bike races, premier marathons and other multisport races. IRONMAN’s events, together with all other Wanda Sports Holdings events, provide more than 680,000 participants annually the benefits of endurance sports through the company’s vast offerings. The iconic IRONMAN® Series of events is the largest participation sports platform in the world. Since the inception of the IRONMAN® brand in 1978, athletes have proven that ANYTHING IS POSSIBLE® by crossing finish lines at the world’s most challenging endurance races. Beginning as a single race, IRONMAN has grown to become a global sensation with more than 260 events across 42 countries.