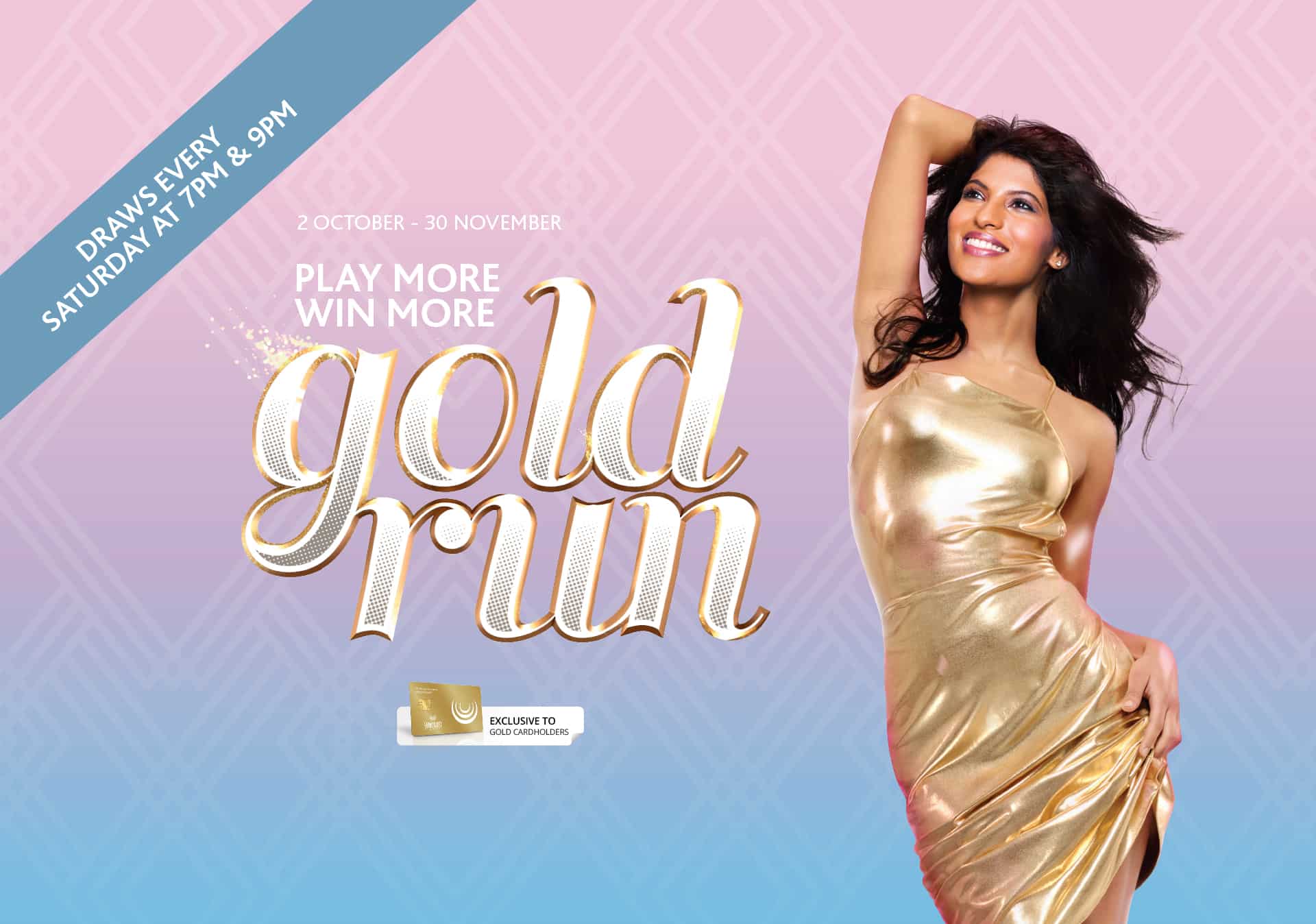 There’s a gold rush ahead at Suncoast with more than a quarter of a million rand in CASH to be won before 30 November 2017 in the Gold Run promotion.

“SUNCOAST is in the business of making winners and there will be plenty of those in the latest Gold Run promotion,” says SUNCOAST Marketing Manager, Louise Howell.

The Gold Run promotion, which is exclusive to SUNCOAST Gold Rewards cardholders, will have weekly draws every Saturday night at 19h00 and 21h00 with R 16,000 CASH up for grabs. The two month-end draws on 28 October and 25 November will see a grand prize of R 50,000 CASH being given away at each draw.

To be in the running for a share of the Gold Run winnings one needs to be a SUNCOAST Gold Rewards cardholder, head for the Slots or Tables and earn points while playing.

There are various other prizes to be won as you make your way to Gold, such as draw-tickets, FreePlay and food-and-beverage vouchers. Even though the final month-end cash draw takes place on Saturday 25 November, SUNCOAST Gold Rewards cardholders can still accumulate points and collect their Gold Run milestone-rewards up until Thursday 30 November, the final day of the promotion.

“The famous US tennis player Arthur Ashe once said, ‘Success is a journey, not a destination,’ and that describes the Gold Run perfectly,” adds Howell. “So keep playing, earn those points, reach those milestones, collect all the rewards and keep on increasing your chances of winning in Saturday cash draws.”