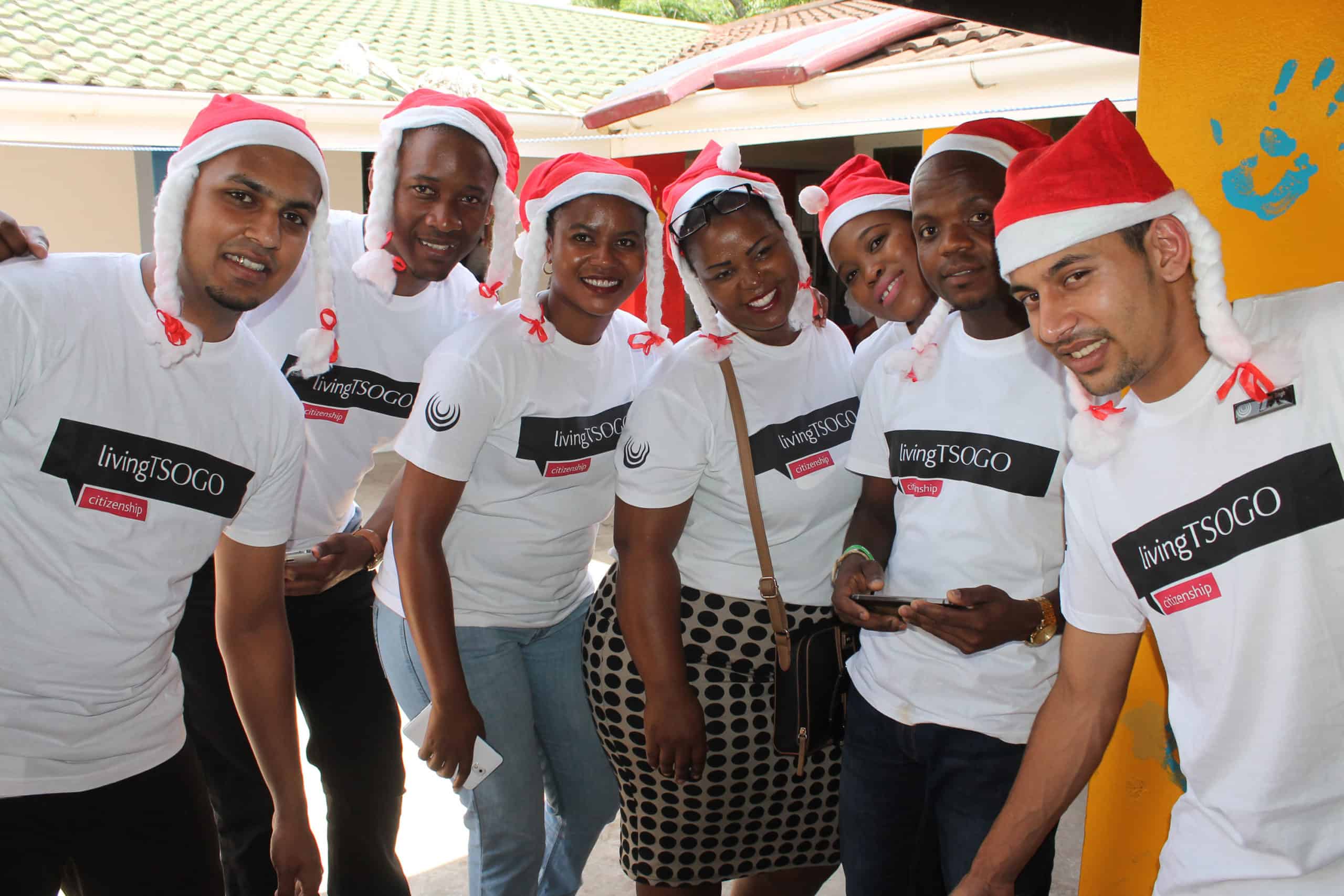 Christmas came early for a group of very excited children last week when Santa’s helpers (aka staff volunteers from SUNCOAST) dropped in on Zamokuhle Our Little People’s Creche, near Chesterville Clinic in Durban.

The Creche was the venue for a Children’s Christmas Party held for more than 180 important little guests (aged between two and 12) from various child-care facilities within the surrounding Chesterville area. The children were treated to fun entertainment, dance competitions with super prizes and goodie bags filled to the brim with snacks and toys.

Twice as many SUNCOAST staff members than usual offered their time at this special Christmas party which was the final Community Upliftment Project (CUP) for 2016.

“Extra hands were needed to make sure that all the kids received special attention and had fun. It’s always memorable for our staff to give back to the Chesterville community.

“It’s been a remarkable year for our staff members who contribute their time and sometimes a bit of muscle-power and sweat to these monthly CUP visits,” says Louise Howell, SUNCOAST Marketing Manager.

2016 CUP visits which have taken place in Chesterville have included planting vegetables to boost an existing veggie patch, spending a morning with kids doing arts and crafts and financing a visit by CANSA which brought its services, equipment and mobile clinic to promote breast-cancer awareness and assist with breast-cancer screening at the Chesterville Clinic.

Anthony van der Meulen, CEO of Vukukhanye (a non-profit and public benefit organization in the area), which is SUNCOAST’s main CSI beneficiary through funding; assisted in sourcing the young guests from the community.

“Seeing the delight on these young faces while they enjoyed a fun morning is always rewarding,” says Van der Meulen.

“We really hope that the festive party helped to add some Christmas cheer to these little ones’ year,” Howell adds.