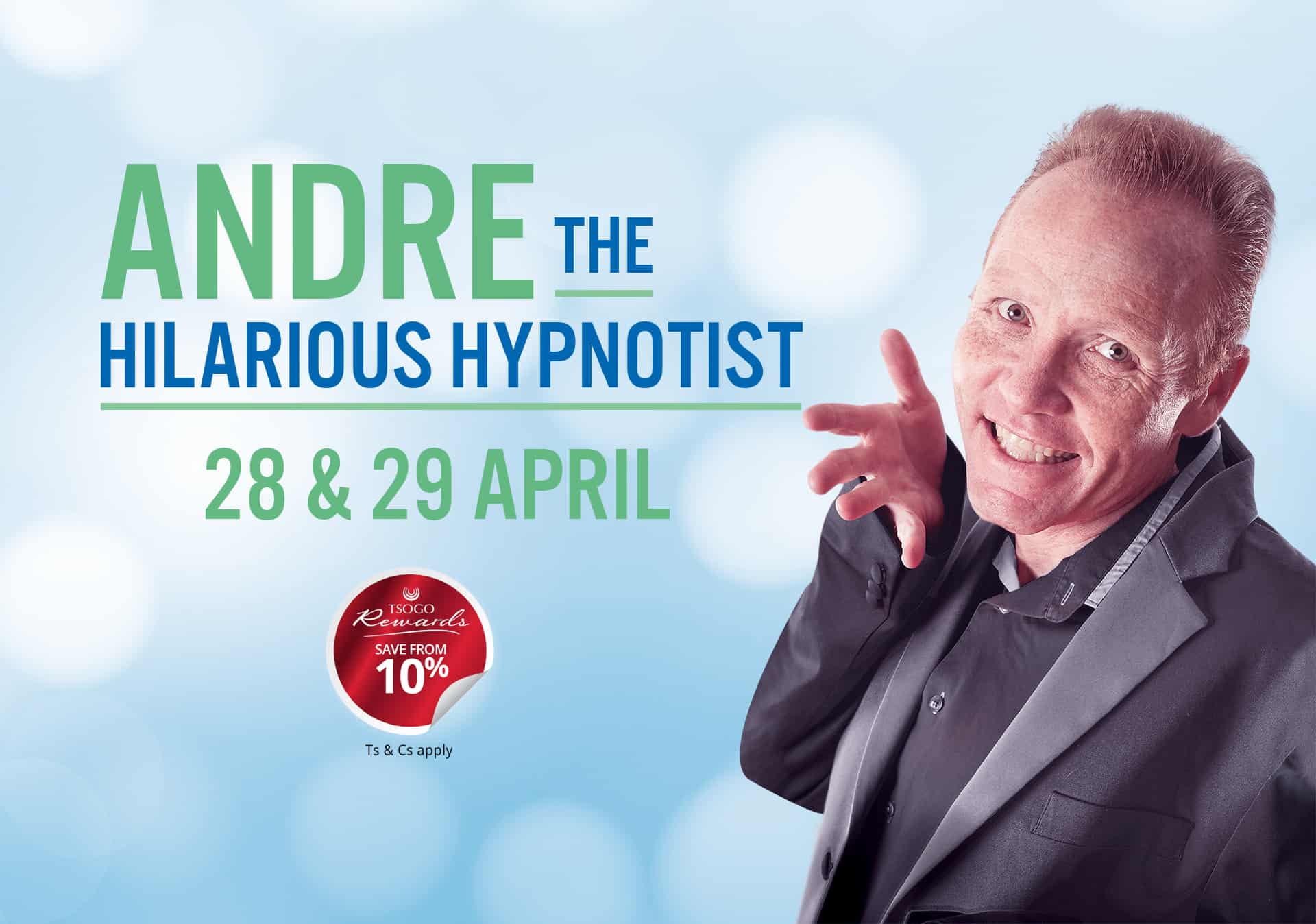 Look into my eyes… Yes, Andre the Hilarious Hypnotist is coming to Suncoast!

Andre the Hilarious Hypnotist is back in town and will be mesmerising the Durban public at SUNCOAST on Saturday and Sunday 29 and 30 April.

A well-known face on the entertainment calendar, Andre has been touring the country, providing constant hilarity with his supporting cast, the audience, for more than 20 years and yet no two shows are the same. The reactions of the brave volunteers who step up to fall under his spell and end up doing crazy things are unpredictable, ensuring a unique show every time!

Expect the unexpected during a show which promises to be the perfect pick-me-up and escapism from one’s day-to-day routine.

As one reviewer puts it: “Whether you’re sold on hypnotism or a complete sceptic, it doesn’t actually matter. You’ll either love the show believing everything you see, or you’ll be completely fascinated as you doubt and try to work out what’s going on.”

“Andre has entertained many within South Africa with his hypnotising antics and you just can’t get enough of him and that’s why we have brought him back to Durban. It’s the perfect event for the entire family and will leave everybody, young and old in stitches, so make sure not to miss it” says SUNCOAST Marketing Manager, Louise Howell.

Andre the Hilarious Hypnotist’s performances fall on the last long weekend of April – so get friends and family together for a great night out.